Intended to suggest the view of the Earth or another planet from space, the sculpture consists a large, rotatable, spherical glass vessel, filled with a deep-blue fluid that reveals the movements of the currents within. Viewers are encouraged to rotate the spherical vessel by turning a cast iron wheel attached to the base. As the vessel spins, the fluid displays intricate flow patterns suggestive of a stormy atmosphere. Swirls of fluid, resembling hurricanes, appear and dissolve as the Orb slowly rotates. Even when the sculpture is left undisturbed, the fluid continues to flow for many hours. Completed in 1990. 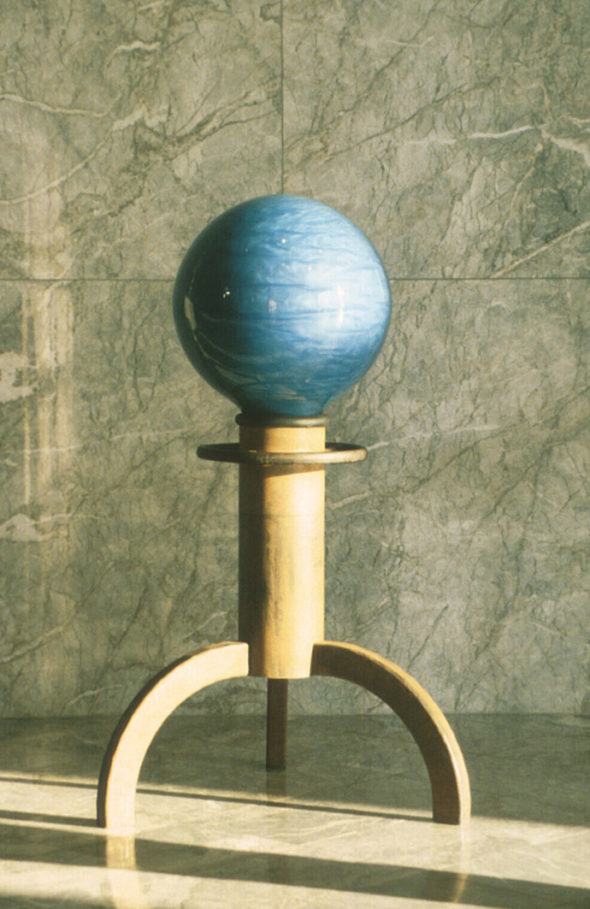 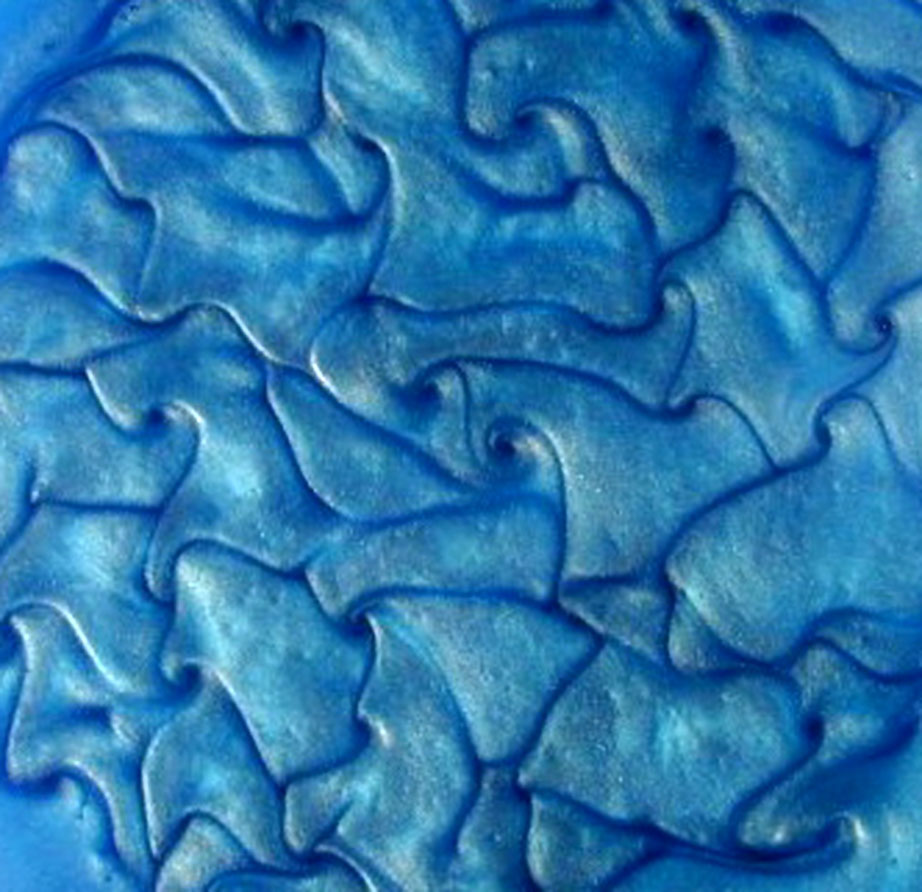