In 2002, Ned Kahn worked with the staff of Technorama, the major science center in Switzerland, and their architects, Durig and Rami, to create a facade for the building which is composed of thousands of aluminum panels that move in the air currents and reveal the complex patterns of turbulence in the wind. The facade is visible from the large urban plaza in front of the museum. 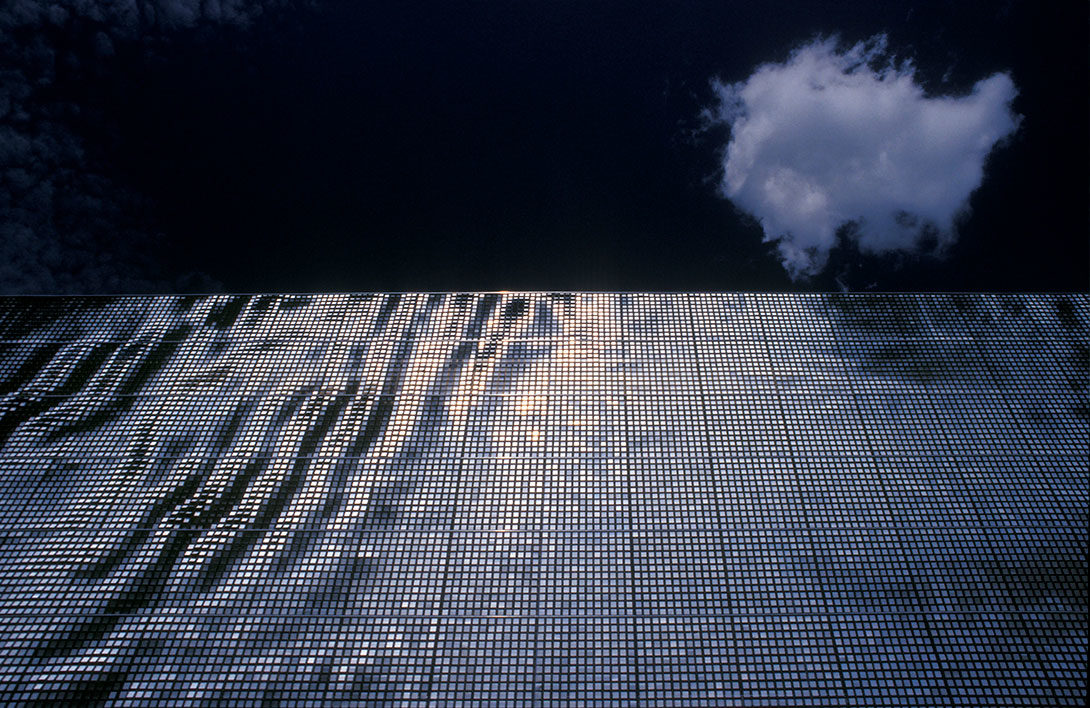 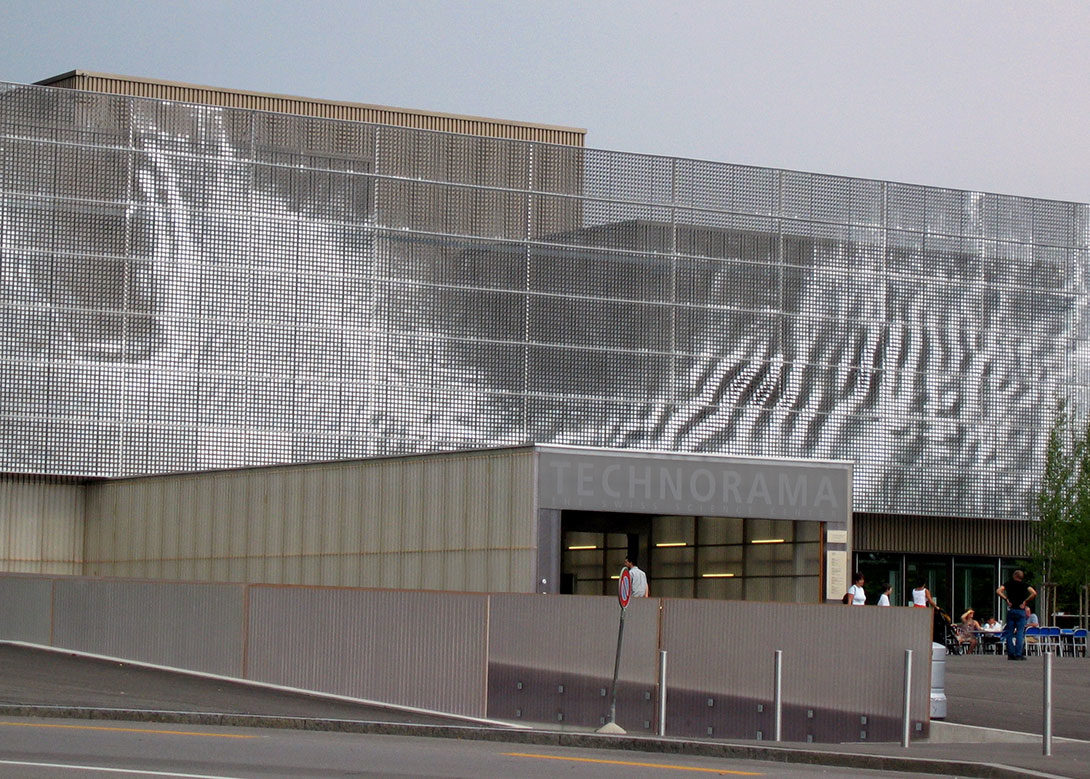